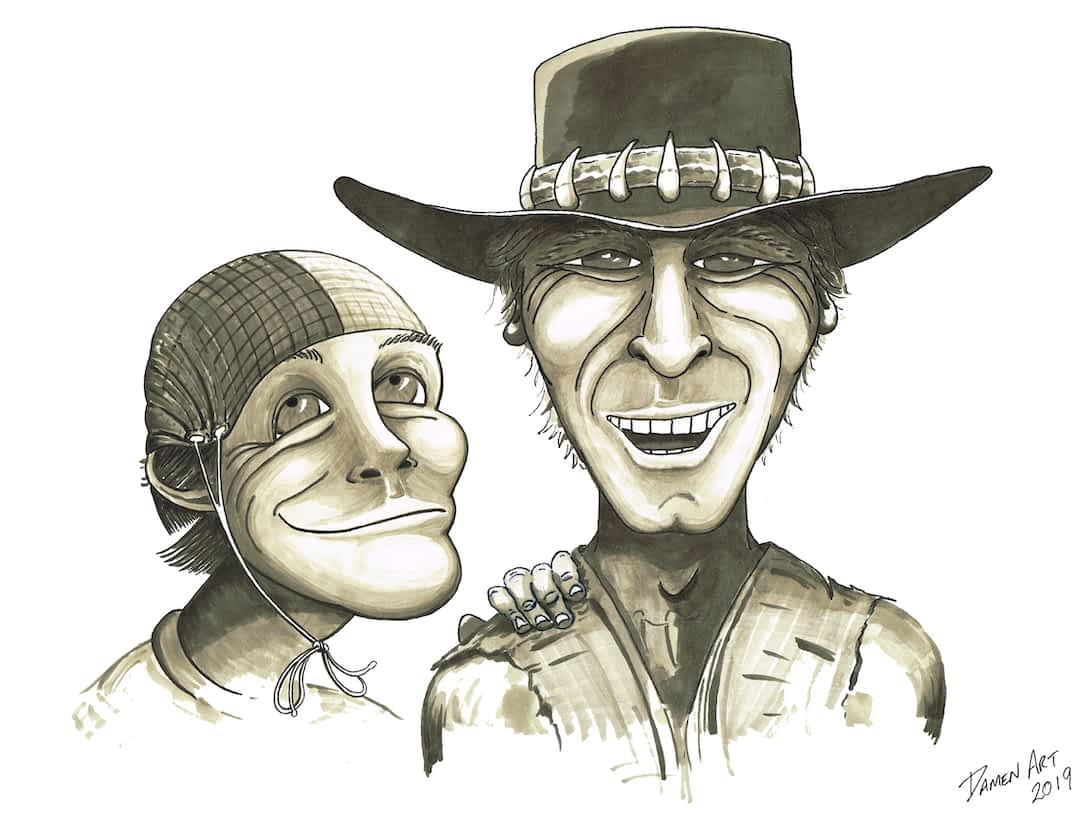 Paul Hogan is the quintessential Australian. He reflects how we see ourselves. He is a larrikin, cheeky, fantastic sense of humour, charismatic, gutsy and someone you would have in your corner if the chips were down. From humble beginnings as a rigger on the Sydney Harbour Bridge, Hoge’s was discovered by TV Producer John Cornell while trying out for a TV quiz and went on to become an international film star.

John ‘Strop’ Cornell became Hogan’s business partner and they are credited with introducing Australians to the world with ‘shrimp on the barbie’ tourism TV commercials. Americans and Poms liked what they saw in us, began drinking cold Fosters beer and coming down under in droves. They combined to produce The Paul Hogan Show in which Cornell became known as Stop and Cornell introduced and later married Delvene Delaney. The show and Winfield TV commercials were NO 1 show and brand.

Hoge’s is a much-loved Australian the world over and although he portrays Australians as ‘ocker’ the world knows that we are a sophisticated bunch that can laugh at ourselves and are a friendly lot at heart. Hoge’s and Strop TV commercials, TV show and movies proved Australians can also be pretty bloody clever

Paul Hogan is less known for his significant charity to children’s foundations such as the Variety Club Australia and typically keeps these good deeds under his hat. Hoge’s is a fantastic example as to what can be achieved if you are prepared to have a go and have the intestinal fortitude to rise to the challenge.

Good on you Hoge’s and Stop, thanks for helping the world understand who we are. Your both Bloody Legends.