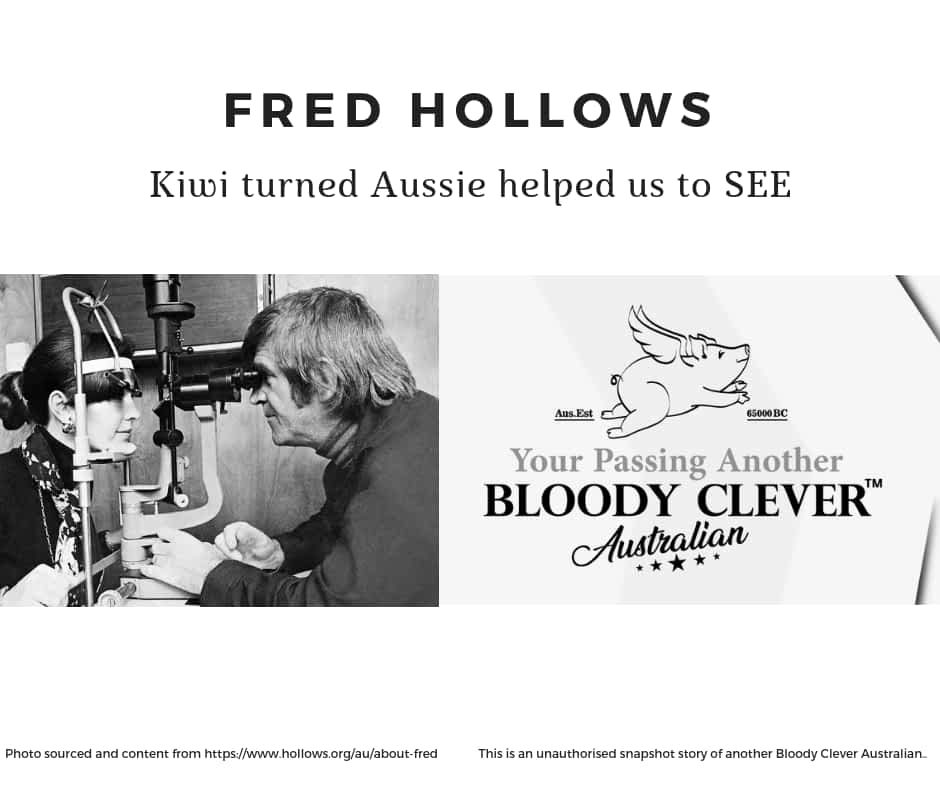 In 1990, the title of Australian of the Year was awarded to Fred Hollows in recognition of his work treating avoidable blindness in some of the world’s poorest communities. Fred Hollows was born in New Zealand in 1929. After completing his studies and specialising as an ophthalmologist (eye doctor), Fred moved to Australia and eventually became an Australian citizen. Within five years he was head of the Eye Department at a leading Sydney hospital.

While working in Sydney, Fred became aware of some of the serious health issues facing aboriginal people – particularly trachoma and other avoidable eye diseases. The fact that these diseases could be easily avoided, went untreated and resulted in blindness, shocked Fred and so began his life’s work.

Fred set about establishing the first Aboriginal Medical Service. From 1976 to 1978, his teams screened 100,000 people. Curable blindness among Indigenous communities was halved. By 2005 there were over 60 health services treating Aboriginal communities throughout Australia.

The Fred Hollows Foundation was established in 1992 with his wife Gabi. When Fred died in 1993 he was honoured with a State Funeral. Gabi continued on and was awarded an Order of Australia for her humanitarian work. Gabi is regarded by her peers as a living national treasure. Fred lived his life in the service of others. Apart from his surgical skills proving his cleverness, he also set about organising intraocular lens manufacturing factories in Nepal and Eritrea. This significantly reduced the cost and empowered communities. Estimates are that Fred’s legacy helped more than 2 million people to see.

“When someone’s sight is restored, it gives people the chance for a better life. They’re able to work,go to school and provide for their families.” Fred Hollows