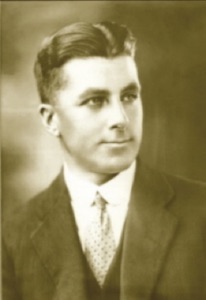 Inventor of Vegemite and Processed Cheese

Born in 1893 at Chute, west of Ballarat, Cyril Callister grew up displaying an interest in science and won a scholarship to further his studies at the University of Melbourne. Callister obtained his B.Sc. in 1914, M.Sc. in 1917 and PHD. SC. in 1931.  That was a big commitment in those days. Cyril must have known that chemistry was what made him tick.

From the early 1920s, imports of the British yeast extract Marmite were disrupted by World War I. Melbourne food entrepreneur Fred Walker hired Cyril as a laboratory assistant to develop a yeast extract spread to compete. In 1925 Cyril sent samples of his product to London to be tested for Vitamin B, a far-sighted move in the very early days of vitamin knowledge. Tests confirmed his recipe was a rich source of Vitamin B.

In 1927 he appointed a bacteriologist to his staff, possibly the first such appointment in Australia. Processed cheese was Cyril’s bloody clever idea which Walker Patented. He also invented caned cheese so that it preserved longer.

Three years later Australians were still reluctant to buy Vegemite. But Cyril, now a director of Fred Walker & Co, ensured it was still produced. Walker secured a licence with US giant Kraft to produce processed cheese, which diverted the financial pressure off Vegemite. With Cyril’s persistence, Vegemite became a success. In 1938, medical confirmation of Vegemite’s rich B1 vitamin content was recognised and prompted aggressive health-related advertising. Vegemite was added to World War II soldiers’ ration packs and became a patriotic symbol.

Thanks to Cyril Callister’s cleverness millions of Australians enjoy Vegemite every day and internationally we are identified by this unique Aussie product.